a new Way
of being
and living
where giving
and forgiving
flow from Strength
emerging
from the soil
of suffering
and weakness
Wisdom surging
out of supposedly
mindless madness
faithless foolishness
(fear catalyzing
but not driving
Change)
Courage arising
from embracing
grief and sadness
not impervious
to pain
but empowered
by the same Spirit
that enabled Resurrection
enlightened recollection
of our innately
Divine interconnection
as Beloved vessels
equally valued Voices
and transformed rejection
and disconnection
into existential
Incarnational
Delight. 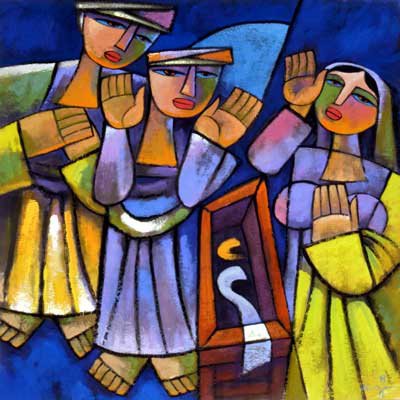 'apocalypse'...a revealing of something that's been hidden...a 'lifting of the veil' between time and eternity.
surprising, transcendent, illuminating.
'calypso'...a rhythm of Trinidadian/African origin...a magical, multi-cutural music for motivation and movement.
syncopated, timely, inspiring.
'apocalypso now' is a space to discover and encounter the divine presence in the dance of our days, the extraordinary traces in the ordinary faces and spaces, the 'sacred' in the 'secular', the magnificent in the mundane...
to experience the Spark that lights the stars, the Love that fires the sun, the Hope that ushers the heavens onto this sordid, scummy, and oh so sacred earth...
to find encouragement and empowerment for this paradoxical and precious, heart-breaking and risk-taking, bewildering and blessed journey that we call 'life'.
thanks for visiting...brian